Phuket Elephant Sanctuary was founded by Mr. Montri Todtane, who owned an elephant riding camp in Southern Phuket in the past and decided to change his approach towards a more compassionate form of elephant tourism in 2016.

Inspired by Elephant Nature Park in Chiang Mai, Phuket Elephant Sanctuary is a new and final home for elephants who have worked their entire lives in the logging and tourism industry. By joining our programs, visitors can support ethical elephant tourism while enjoying an inspiring and educational experience.

Since opening the sanctuary, Mr. Montri is constantly pushing the boundaries in order to provide the highest level of animal welfare. Interaction with the elephants therefore is limited to a short, non-intrusive feeding moment during some of the tours, and visitors also have the choice to join a “Hands Off Experience” that is currently the only pure observation experience on the island.

In 2020, Phuket Elephant Sanctuary took ethical elephant tourism to yet another level and launched Thailand’s longest canopy walkway from which visitors can observe elephants as they live freely and naturally in the jungle below. 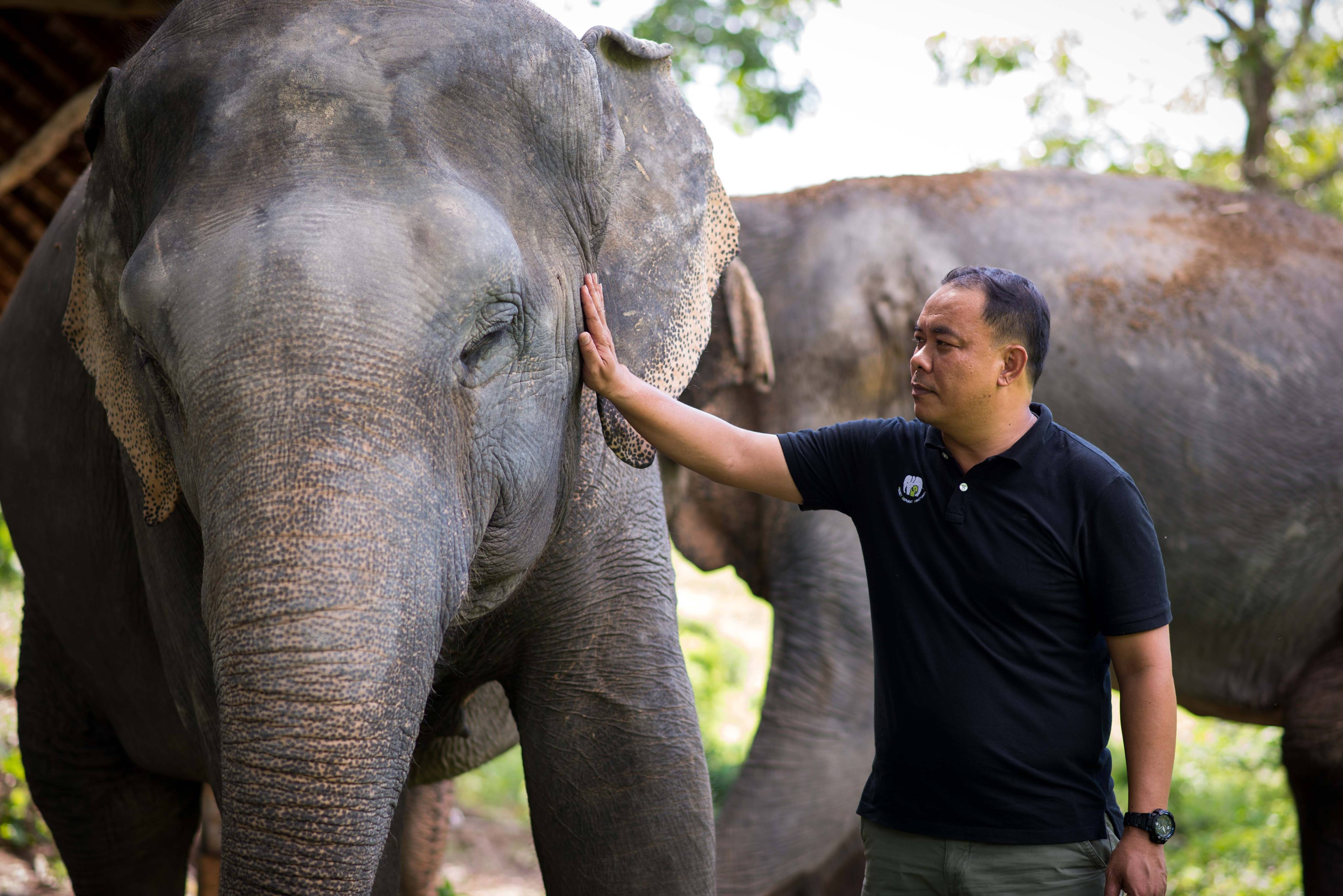 Born not far from where the elephant sanctuary is located today, Montri grew up in a rural village without electricity. In his early years, he would visit his grandfather’s rubber plantation and tap the trees to earn just 40 cents a day. Montri cherishes fond memories of these days at the site that is now the Phuket Elephant Sanctuary.

After studying Sales & Marketing at the Ram Kham Haeng University in Bangkok, Montri worked in the city of angels until the economy collapsed in 1999, forcing him to return home to Phuket in 2002 to work alongside his uncle as a presenter for a snake show. In 2004 when the Tsunami struck Phuket and caused a major decline in the tourism industry, Montri yet again moved, this time to Siem Reap where he would use his knowledge to work at a Korean owned snake show company. However, when his former employer decided to change his business model and started killing snakes for soup for Korean tourists, Montri, who did not agree with this practice decided to move back to Phuket which had started to recover in 2006.

It was not until 2010 that Montri got involved with elephants as he bought Madee, the first elephant for his new camp in Patong, followed by another three gentle giants - Kannika, Tubtim and Dawrerng. He had purchased Dawrerng when she was 45 years and later sold her to another camp where she passed away many years later. Montri says if she was still alive he would buy her back to live at Phuket Elephant Sanctuary.

Tubtim, another one of his elephants also started suffering from a hind leg injury. Despite stopping to work her and immediately arranging veterinary care for an entire year, Tubtim’s condition did not improve as expected, and Montri decided to sell her, however this time he insisted that his beloved elephant would find a new home in a sanctuary. This is when Montri’s and Lek’s paths crossed. As the founder of the Elephant Nature Park in Chiang Mai, Lek Sangduen Chailert swiftly traveled down to Phuket to meet Tubtim and promised she would never work again. Eager to verify that Tubtim was indeed well taken care of, Montri visited the Elephant Nature Park in Chiang Mai, and the first discussion to establish an ethical elephant sanctuary in Phuket took place. 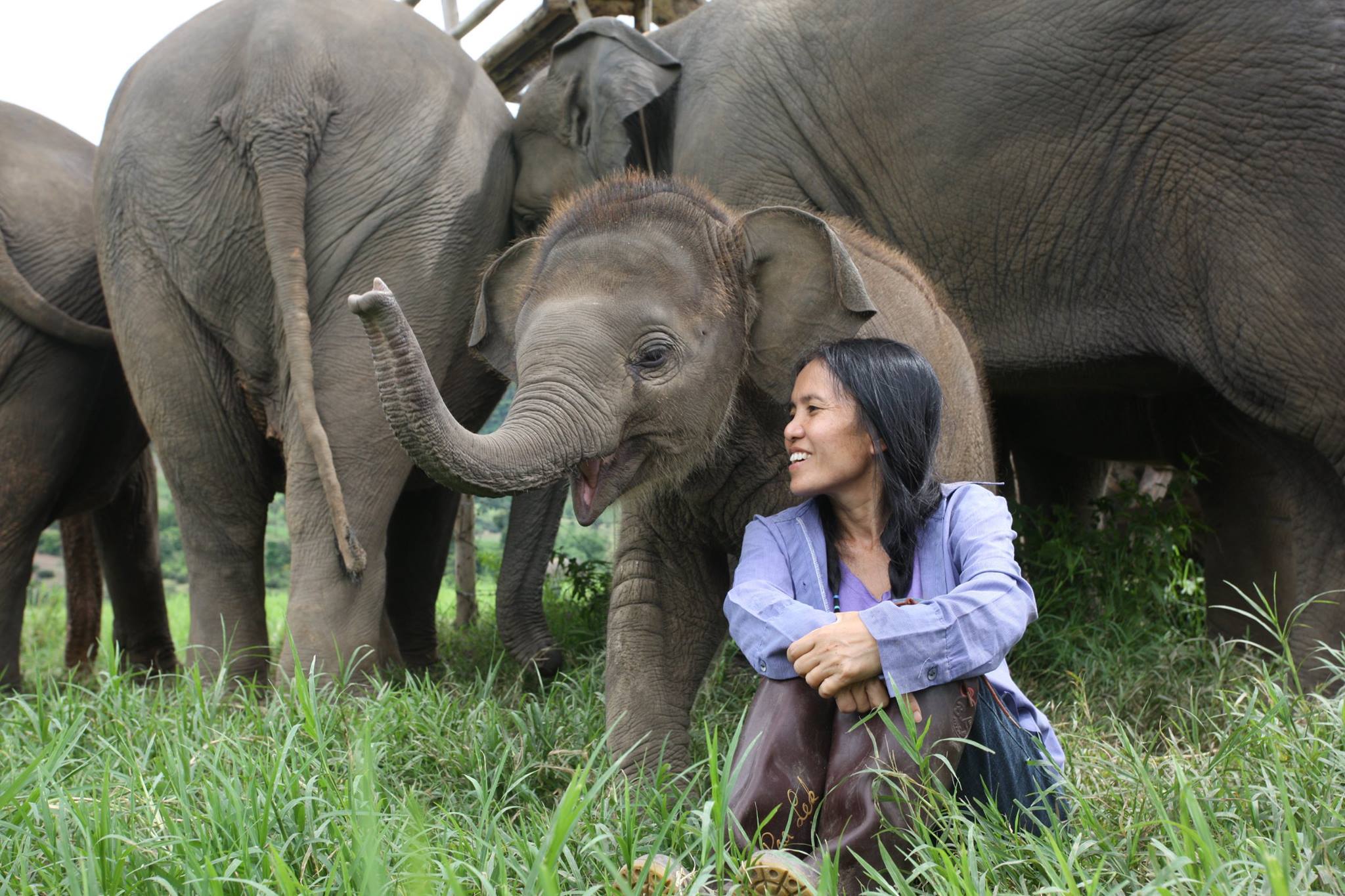 Born in a small hill tribe village in Northern Thailand, Lek grew up surrounded by animals and opportunities to spend time with them. Her grandfather was a traditional healer who helped local people in his community and the injured or sick animals brought to him by the villagers for healing. Lek had the opportunity to witness many of these healings, and it was through these experiences that she learned that all animals deserve to live well, and consequently she decided to dedicate her life to saving animals and later founded Elephant Nature Park in Chiang Mai.

Being a promoter of positive change in the way that both domestic and wild Asian elephants are treated turned out to be no easy feat given the industry’s deep tradition and lack of education on animal welfare. However, her unwavering commitment and tireless work paid off as she is now internationally known as a voice of change, and has won many honorary awards such as the Ford Foundation’s “Hero of the Planet” in 2001.

Lek’s work and passion continues to inspire all those committed to helping animal welfare and conservation, both in Thailand and beyond. She remains a driving force in the elephant and animal rights movement, raising international awareness and motivating other countries and projects to follow her path.